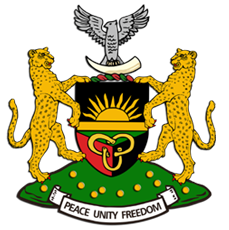 (Biafra, the Ostrich Mentality and Nigeria’s Tragedy – By Okey Ndibe)

There is a sense in which the name of the malaise afflicting Nigeria is Biafra. I have argued before—and I must do so again—that Nigeria’s refusal to confront and address the sore of the Biafran War is the chief reason no nation has been able to materialize out of the space called Nigeria, no peace has been had in that space, and no real progress—much less development—has been recorded. As the world watches, riveted, Nigeria is spinning and spinning in a dizzying, ridiculous, violent dance, racing ever closer to the edge of that jagged precipice we have all romanced for fifty-four years—if not before.

The wound called Biafra haunts Nigeria precisely because Nigeria imagined that it could get over Biafra through cheap sloganeering (no victor, no vanquished), the mere invocation of the mantra of the Rs—reconstruction, rehabilitation and reconciliation—through silence and willed forgetfulness—indeed, by playing the ostrich.

I’m not going to be detained by contested, contending accounts of the Biafran struggle, or even questions pertaining to whether the quest for secession was inevitable. At minimum, we ought to agree that Nigeria, from the moment of its British conception, was neither essential nor natural. It was, above all, convenient and profitable for the British. And all the logic that informed its constitution made eminent sense, finally, mostly from the prism of British interests.

When the British removed their bodies—but not necessarily their spirits and ghosts—from the Nigerian space, we all had a historical duty. That duty was to pause and ask the question, what does Nigeria mean? It was to determine whether we all—the 400 odd ethnic collectivities that the British bracketed inside the space called Nigeria—wished to maintain the shape of this British design. It was to discern whether we all—the constituent elements of the space—felt sufficiently animated by the prospect of living together, fraternizing as a people with shared aspirations and common destiny. In the event that we all found Nigeria an irreducible, compelling proposition, then we should have hatched out the terms of our coexistence. We should have sketched out our imagination of Nigeria and spelt out what it meant to be called a citizen of Nigeria. In other words, we should have commenced the task of remaking the British-delineated space called Nigeria into a veritable, vital, and robust nation. Had we done this, we would have acquired some kind of compass for navigating our self-fashioned nation towards the direction of our own envisioning.

We did not as much as attempt to grapple with that arduous, messy, but inescapable process of nation-formation. We settled for the British-made illusion. We were content to take the British confection of a Nigerian idea and run with it. We pretended that there was some inherent logic to Nigeria, that it was coherent and organic, a full redemption of some promissory note, almost a divinely designed imperative. Perhaps we shirked this duty out of laziness, a sense of convenience, or a naïve faith in the British. Perhaps, then, we believed that Nigeria was a nation just because imperial Britain had seen fit to outfit the space with roads that linked its different parts as well as such accouterments of the modern state as postal and telegraph services, railways, the police, prisons, schools, and a cadre of civil servants.

We neglected to pay attention to the fact that, at every opportunity—especially when our “nationalist” figures pressed the case for Independence—British officials had insisted that Nigeria was not a nation but a collection of “nations.” In retrospect, we should have paid attention to the British. They owned the patent on Nigeria; they knew that they had not achieved a nation—indeed, that they had not intended to achieve one—when they set out to cobble together the space called Nigeria.

It was a monumental error, this collective failure to examine the crisis-prone, top-down edifice called Nigeria. We all found ourselves in the nightmarish situation of belonging to an ostensible nation that reflected little or no sense of community. Instead, life in Nigeria was marked by strife and disillusionment and mutual distrust and—above all—a pathological brand of competitiveness. Forced to belong within a space that had no spirit-lifting narrative, no pathos or inspiring ideal to impart, Nigerians became fascinated with “eating” the flesh of their hollow bequest unto death.

It is no surprise that the metaphor of the “national cake” was a central, if not dominant, part of the Nigerian discourse. In the literature, journalism and politics of the country, each group exhibited an obsession with cornering its own “share of the national cake.” Nigeria made sense to Nigerians only as a banquet, a delectable dish, as something to be consumed.

A nation is dreamed and then carefully, deliberately, consciously designed and built. No people in history have ever “eaten” their way into a nation. If Nigeria were a true nation—or even one with prospects—we would all have been concerned with working hard to lift it to great heights. We would have been bakers, baking Nigeria into a grand cake, not just devourers bent on cornering ever-larger slices of the Nigerian cake.

Truth be told, the Igbo appeared the most committed of any group to the idea of realizing Nigeria. They dispersed to all corners of Nigeria and threw down roots. Wherever they settled, they built homes and learned the language and opened businesses or began careers as civil servants. They seemed to have taken more seriously than most the summons to inspirit Nigeria with national consciousness.

The pogroms of the Igbo, especially in 1966 and 1967, exposed the fragility of the British-fangled space and amounted to a profound, blood-soaked repudiation of the Nigerian project. Consequently, Biafran secession became the most significant interrogation of the unformed, ill-formed, malformed project named Nigeria. Biafra was far from an idyll; it actually had its imperfections and contradictions, including the cooptation of the ethnic minorities of the Niger Delta. Even so, it was a charter for justice, a demand by a besieged people to be left alone to arrange their lives in a separate space, apart from their tormentors.

Nigerians had not taken time to audit the content of what they inherited from the British, but they were quite willing to sacrifice more than two million lives in a little more than thirty months in order to sustain their unexamined, British-made project. The Biafran aspiration—which was the first time a group had risen to question a colonial arrangement—was ultimately squelched, the better to uphold the inviolability of Nigeria.

Alas, the defeat of Biafra birthed monsters that have since menaced all of us, exposing the seams and fissures in a space that continues to pretend that a nation already exists within it.

Dr. Okey Ndibe is the author of Arrows of Rain, Foreign gods, inc., teaches fiction and literature at Trinity College in Hartford, CT. Ndibe has also taught at Connecticut College in New London, CT. Ndibe has worked as a professor at several colleges, including Connecticut College, Bard College at Simon’s Rock, Trinity College Connecticut, and currently Brown University. He is also a contributor to The Fabian Society Journal, Black Issues Book Review, BBC Online. He has also contributed poetry to An Anthology of New West African Poets. He continued to write for magazines and papers in the United States, winning the 2001 Association of Opinion Page Editors award for best opinion essay in an American newspaper for his piece Eyes to the Ground: The Perils of the Black Student. He was for one year on the editorial board of the Hartford Courant and, from 2001-2002, was a Fulbright professor at the University of Lagos, Nigeria. Ndibe worked in Nigeria as a journalist and magazine editor, and came to the United States in 1988 at the invitation of famous Nigerian writer Chinua Achebe. In the United States, Ndibe helped to found African Commentary, a magazine described as “award-winning and widely acclaimed”. Ndibe holds both an MFA in writing and a PhD in literature from the University of Massachusetts Amherst. Ndibe is one of the foremost respected and admired contributors to the social and political essence of Nigeria or lack of it.

GLOBAL CONSPIRACY & GENOCIDE AGAINST THE INDIGENOUS PEOPLE OF BIAFRA: DIPLOMATIC WAR DOCUMENTS 1967-1970 – (50TH ANNIVERSARY, Jan. 15 1970, OVER 6 MILLION BIAFRANS KILLED!) “MAKE NO MISTAKE ABOUT IT, THIS ‘WAR’ IS ONLY AT THE BEGINNING STAGES.” AT THE END, THERE WILL BE “NO NIGERIA.”

GLOBAL CONSPIRACY & GENOCIDE AGAINST THE INDIGENOUS PEOPLE OF BIAFRA: WAR RELIEF EFFORT 1967-1970 – (50TH ANNIVERSARY, Jan. 15 1970, OVER 6 MILLION BIAFRANS KILLED!) “MAKE NO MISTAKE ABOUT IT, THIS ‘WAR’ IS ONLY AT THE BEGINNING STAGES.” AT THE END, THERE WILL BE “NO NIGERIA.”